George, a Mariners Inn resident, was 4.5 years clean before he relapsed and came to Mariners Inn.

George called himself “clean”, but he said he wasn’t in recovery, and he thinks that fact led to his relapse. After meeting with counselors and peer coaches, and going to groups and meetings at Mariners Inn, George realized he was using workarounds to stay clean, but never really addressing his problems.

“I had to find myself…I came here and I find myself every day,” he said.

He went from someone who always ran from his problems to someone who confronts them, learns from them, and tries to stay positive in the process. Because, after all, recovery is a lifelong process, George said.

“I’m grateful that I’m still alive and able to be a part of the solution. I cleaned out my heart to make room for some good. Everything will pass; I really believe that.”

Along the way, George has resisted urges to pick up a drink, because he knows it only takes him downhill. He’s a father to two daughters, 18 and 23, and he wants to use each day as an opportunity to be a better dad to them.

“They see a change in me,” he said. “When you do the right things for the right reasons- that’s my reward.”

George is a part of Mariners Inn’s Extended Residency Program, and in his time here, he’s realized a great deal about himself. He uses these changes in thought to keep moving forward.

“If I could do all I could to get high, how about I do all I can to stay sober?” he said. “I know I have people here who will listen to me and won’t put up with my garbage.”

“I’m getting a good energy from this place. I have respect for all the staff; they help people save their lives. It’s a beautiful place; I was able to learn about what recovery was.”

George spends his free time enjoying going to different dances in the community, participating in game night, and playing basketball when his knee agrees with him. He also likes spending time with his family.

In the future, George plans on staying clean, going back to school, and being a better father to his daughters. 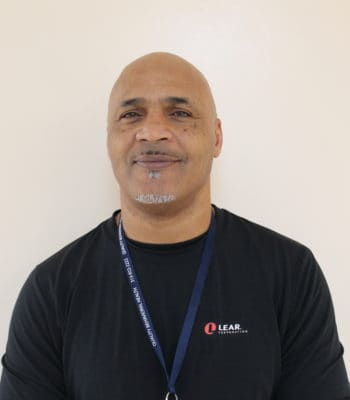