Michael found himself at the end of a 14 day binge realizing that he was slowly killing himself.

He had conversations with his sister and his brother about how he needed to find a way out. It just so happens that his brother came home to visit him during his stay at Mariners Inn. Michael looked at his brother and noticed he was looking better than he has in a long time, and after talking to him after one of his morning meetings, he realized this may also be his time to fight his addiction.

For a majority of his life, Michael tried to beat his own addiction by sheer willpower. He’d stay sober for a couple months, and then it would all unravel again. After asking himself, “What are you doing that’s working?” and realizing that it was nothing, he took a chance on Mariners Inn.

It didn’t happen overnight for him, though. He visited Mariners once and said he walked right out the door. He came back the next day and started his recovery journey.

“You can see the people here genuinely care,” he said. “It’s not micromanaged. They give you the information and the tools you need.”

One day at Mariners, Michael asked himself, “What would your high school self think of you today? Would you be friends with yourself?” His answer was, “If I met me back then, I’d punch myself right in the face.” So, he continued to make changes.

“I’m making lifestyle adjustments and not becoming someone new, but becoming who I was meant to be,” he said.

“This thing beat me, but it didn’t win.”

“I forgave myself in this place,” he said. “Everything clicked when I had the ability to forgive. It lightened the load a lot. It’s making everything easier.”

Today, Michael spends time prioritizing, working, looking to the future, and taking care of his family. He is participating in a 90 meetings in 90 days program to keep strong in his recovery. Michael has sole custody of his two children, a son (12), and a daughter (10).

This was the first time Michael had ever gone through the 12 step program, and he said the whole process helped open his mind.

Looking ahead, Michael wants to go back to school. He has some credits under his belt and would love to learn more in math and physics, and also psychology, his original major. In Michael’s spare time, he likes listening to music, and his favorite musical act is Red Hot Chili Peppers. 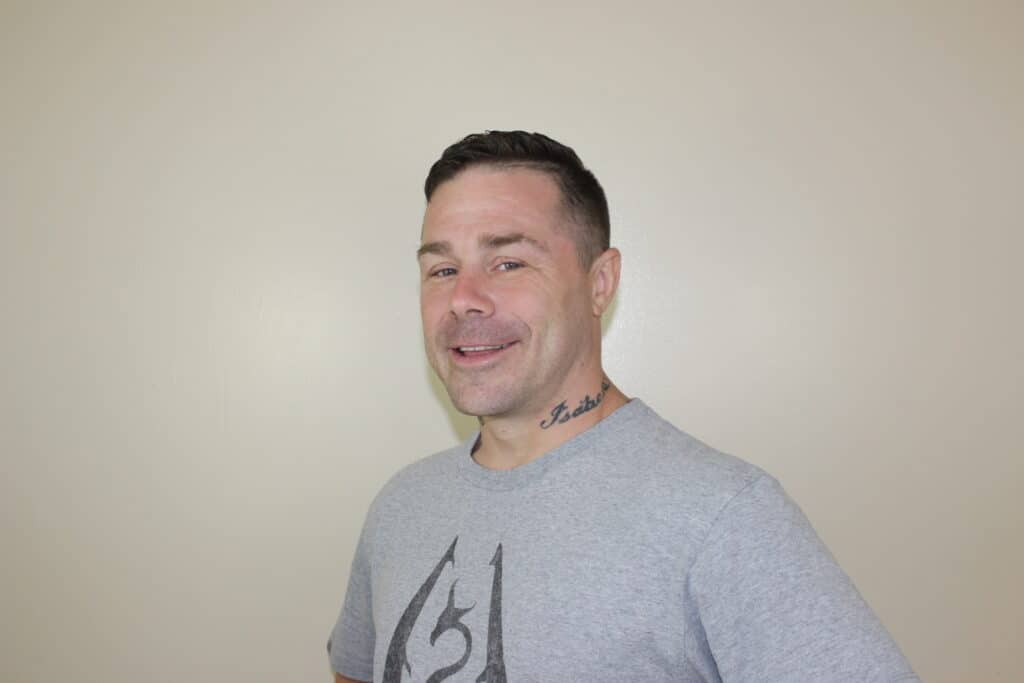